By Natalia Salgado
In Entertainment
Views (223)

One night in the tavern where Jack used to go to drink and play cards until late at night, he was totally drunk and, with the courage that alcohol gives, he shouted defiantly to anyone who would listen:

- There is no one smarter than me, nor capable of surpassing me in intelligence and cunning. None of those present paid attention to Jack's bragging, annoyed and furious, Jack was not going to allow them to ignore him, so he shouted again full of arrogance:

– I challenge the Devil himself to show me if he is smarter than me.

The activity of the entire tavern was paralyzed, there was no laughter, no jokes, in fact nothing was heard, the villagers barely allowed themselves to breathe. Jack had openly challenged the Devil. All those present looked at Jack with terror, little by little, the noise began to grow although the atmosphere was gloomy, without joy. There were only muffled whispers and furtive glances. 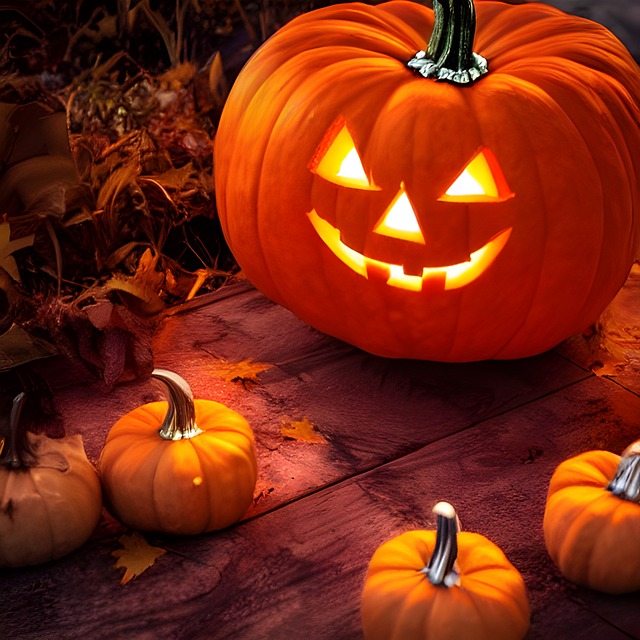 Infuriated still more, Jack jumped to his feet, knocking over the chair he had been using and, with a furious punch, pushed the table out of his way, scattering everything on the floor, and, sneering at his neighbors, stormed out of the room. local. Outside the tavern, Jack saw a sinister gentleman dressed all in black and with a wide-brimmed hat covering his face, but the stranger's eyes gleamed with an evil gleam in the dark and stared at him.

Fear gripped Jack, the guy was terrifying, but he was not easily intimidated and, with a bravado, he went to the stranger and faced him.

- What do you want? – He asked haughtily.

The stranger did not answer him, but the brightness of his eyes was more intense and cold.

Jack shrugged, and with a dismissive gesture, he turned around and went to his house. At first, Jack was as confident and proud as ever, but the feeling of being followed by someone was accentuating with each step he took. He began to look back uneasily, but he couldn't see anything although the feeling was already overwhelming, from time to time he thought he saw the shadow of the masked man getting closer and closer.

Jack quickened his pace, he had the impression of hearing the footsteps of his pursuer getting closer, and terror was taking over him, never had the road to his home seemed so long. He ran. When he finally got home Jack was completely terrified, he quickly bolted the door and ran to check all the windows one by one. Every time he checked a window he could see the stranger standing in front of the house, waiting. waiting for you

Then Jack waited to see what would happen. The tension and fear were growing in him, but nothing happened. Every few minutes he looked out the window, and each time the stranger was still there, standing, waiting. Jack was desperate, and gathering what courage he had left, he dared to go out and face the stranger again.

– Who are you and what do you want from me? – Jack snapped scared. The stranger was staring at him with those creepy eyes, and Jack thought he saw the individual's mouth twist into a cruel smile. –I am the Devil, and I am here since you have challenged me, it has reached my ears that you consider yourself smarter than me. - His voice sounded sinister and deep.

Although scared to death, Jack smiled at the stranger and took his arm, inviting him to return to the tavern together for the last of his drinks. The Devil accepted. For hours both were talking, drinking and playing animatedly, in a strange competition of wits, the evening passed like a party between two friends. During all this time Jack did not stop thinking about how to get out of this although he could not find the way.

Inexorably, very close to dawn, the Devil told Jack that he was going to take him to Hell where he would purge his sins and pay for his pride. Jack knew that his time had come, yet he was not daunted and invited the Devil for one last round. The Devil, who had been having such a good time so far, saw no reason to refuse.

When it was time to pay, Jack claimed to have run out of money, which caused numerous jokes and jokes between them, a moment that Jack took advantage of to challenge the Devil again:

– Come on mate! Show me your powers, let's see what you're capable of. Why don't you become something small, a coin, for example? The Devil, quite drunk and piqued in his pride, used all his paraphernalia and transformed into a coin. At which point, cleverly, Jack took the opportunity to take the coin and quickly put it in his pocket, where he had previously kept a silver crucifix.

The Devil, trapped by the cross, could do nothing to free himself, so he had no choice but to make a deal with Jack. Jack freed him, and in exchange, the Devil couldn't appear before him for a year.

So a year later, the Devil showed up on time for his appointment. This year there would be no drunkenness, no jokes, no laughter, this time he was not going to allow Jack to outwit him again.

This time, Jack made a wish before he died. As is well known, the last wishes of those who were going to die had to be granted, so the Devil granted them again, although this time he set some conditions. He wasn't going to let Jack use some trick to delay his entry into Hell again.

I want one last supper. I don't want anything exotic, I've been taking care of that apple tree all year, and one of them, the one you see on the top of the tree, has just ripened and I was thinking of eating it tomorrow. I wish to enjoy it before my death. My wish is that you take it down for me so that she can eat it and then you can take me with you.

The Devil thought it was a reasonable wish. Just one apple. So without thinking about it, he accepted. He nimbly climbed the tree and began to look for the apple that Jack had pointed out. But Jack had deceived him again, just when the Devil had climbed the tree, Jack carved a cross into the trunk so that he could not escape.

The Devil was furious and humiliated, that farmer had dared to trick him twice! Still, he was left with no choice but to make a deal with Jack again.

This time Jack asked that the Devil could not appear before him for ten years. But fate wanted Jack to lose his life long before the established time. As he was, arrogant, arrogant, vicious and tricky, it was completely impossible for him to cross the gates of Heaven and, therefore, he had to go to Hell.

But there was a problem, the pact was still in force and, therefore, it was impossible for Jack to meet the Devil before the ten years were up. So he couldn't

enter Hell. Jack stayed in no man's land, between Heaven and Hell, alone and in the dark. Jack pleaded for help.

The mocking Devil had been waiting all this time for revenge from him, and this was his chance. He denied him entry to Hell after the agreed time, but as a mockery, he threw an ember at him that would not stop burning with the fire of hell to light his way. Jack hollowed out a gourd and placed the embers inside it as a lantern. He began to wander eternally, belonging nowhere, in search of a place to find final rest.

Since then, the Jack-O'lantern, as he came to be called, has been seen on numerous occasions during Halloween night, accompanying those who dare to go out that night, and offering his companions a trick or a treat.